Response to “McJobs Are Bad For Kids”

McDonald’s is popularly committed to being America’s “best first job”. Recently, there has been a discussion about the impact it has on young teens to work at McDonald’s.

On one side there are people encouraging children to have jobs and on the other side there are people who believe it is damaging for minors to be in the workforce. One such person who is on the latter side of this debate is Amitai Etzioni who writes in his recent post at the Washington Post called “McJobs Are Bad For Kids” that “McDonald’s is bad for your kids.” (Read it here)

His reasoning centralizes around irresponsibility of teenagers such as time management, mismanagement of authority and foolish spending. I want to respond to his post based only on how his argument comes across. This post is not to state my own opinion or give the plenty of anecdotes that I have from working at McDonald’s. Instead, I will release a multiple part blog series on what McDonald’s taught me and the benefits of learning to work in fast food at a young age.

For now, this is focused on how Etzioni’s persuasion, using the critical parts of a debate such as ethos, pathos and logos and also to point out logical fallacies committed.

Etzioni uses some persuasive phraseology and appeals to the older generation effectively, however, his argument falls short when he fails to be consistent with the thesis that introduces his essay.

Amitai Etzioni’s first argument is a comparison to the newspaper route and the lemonade stand.

This is very persuasive because he’s not talking to children, but the parents, who most likely remember the good-ol’ days of early newspaper deliveries and young lemonade entrepreneurs. The facts are aligned nicely when he mentions that McDonald’s had done a lot of research to make sure everything is perfectly accurate. His assertion is that because everything is narrowed down to a specific time that there is no room for creativity.

The argument doesn’t quite follow through with the initial logos it began with when he mentions that McDonald’s is constantly improving. The real heart of this contention is that there are few skills involved. His example provided is that learning how to use a cash register is next to pointless. Unlike the previous claim which used persuasive illustrations of papers and lemons, this claim throws out any logical elements and instead inserts a rant.

Learning how to use a cash register may be part of the job, but it is not so much the ability to push patterned buttons that matter, but that one is learning to better communicate with customers. Communicating with someone who is likely starving and didn’t properly think their order through before approaching the counter is one of the most useful skills. For the author to bypass this information and slam the skill of working a register makes him sound more domineering than persuasive.

Meeting his claim with a fact, Etzioni states that people who had jobs throughout high school have a lesser chance at being employed in the future. This is a proven fact and stating it upfront proves his understanding of ethos. Unfortunately, he doesn’t impact this claim very eloquently by saying that many employed high school students drop out and are “gobbled up in the world of low-skill jobs.” If he had contrasted a certain level of pathos and understanding with his ethos, it would come across as persuasive, but the way he concludes comes across as condescending instead.

Following this statement, he injects the idea that there are little opportunities, almost no valuable skills and that children sacrifice their learning for earning money. This is again where the author could use more pathos, because he states this so bluntly it comes across as if he’s talking down to anyone who has or is working at McDonalds.

If the goal is for children to be responsible, they must be given a taste of responsibility.

The author cites that 58% of seniors believe that their job is interfering with their school work. This may be true, but it lacks credibility because it’s not McDonald’s specific or even fast food specific but rather it is speaking in general terms. If the author wishes to stick to his claim that McDonald’s is bad as a job, this statistic is irrelevant.

Sticking with the theme of irresponsibility: another claim Etzioni makes is that there is mismanagement at McDonald’s because there is often no adult present. There’s no logical fallacy being committed here, but blatant untruth. 17-year-olds can’t manage alone even if they have passed all their tests. The General Manager, the “adult” that the author overlooks will communicate with both the shift manager and the grill manager and then return to big-picture work like asking customers how their food is, making phone calls to fix plumbing or broken machinery (usually the ice-cream machine).

The General Manager can do this while still allowing the younger managers learn responsibility. The picture that there are several teenagers smoking pot, running around doing whatever they want is falsely painted. This claim is not only met with lack of provided evidence, but it also commits the part-to-whole fallacy which states that because some restaurants are mismanaged then it is therefore bad to allow your child to work at any fast food places.

Again, Etzioni deserves some credit because he brings that newspaper route and lemonade stand back into the picture. He compares it side by side with a bunch of teenagers stealing ice-cream from Baskin Robbins while on the job. This is met with the part-to-whole fallacy as well as a false analogy. Putting those two things side by side and saying that we should take a step back to lemonade stands, is not a fair comparison. Although it may be a compelling statement, it’s comparing the worst of the worst to the best of the best.

Etzioni then answers the question if young adults are even spending their money correctly in the first place. This is an interesting point to bring up, and it is once again effective due to the mental images. He uses words like, “punk clothes”, “trinkets” and “whatever else” making the people who oppose this point be associated with materialism. This is obviously a straw-man, but it also isn’t associated with his thesis. The best way to teach someone how to be responsible is to test them with responsibility and only take it away from them when they fail. Blaming materialism in America on increased employment rates among teens is a clear representation of the lack of research Etzioni did before publishing this.

The final sentence in this essay is, “Go back to school”.  This is a surprising way to conclude. One of the best qualities of this essay, (of which I have complemented this author plenty) is appealing to imagery that would get older people’s attention. Unfortunately, he seems to forget this and instead directs his last words at the younger generation.

Etzioni would have won the audience over if we would have been consistent in his original thesis. For example, if his thesis from the beginning had been something like, “Children should value their education over making money”, “Time management in teens is on the decline” or even, “Go back to school” there would have been much less to critique and almost all of his claims would have been much more persuasive.

Giving children power is the ultimate test, Abraham Lincoln put it this way, “Nearly all men can stand adversity, but if you want to test a man’s character, give him power.” Only when young adults are given responsibility and power is when they can be fully tested on their skills.

If he had given teenagers who are working to make money some credit, he would have won over both the younger audience reading his essay as well as parents who want to feel proud of their children. Etzioni’s essay may have been successful in his persuasive wording and imagery, but it falls flat when he fails to be consistent and begins to talk down to teens.

10 Things I Learned While Working At McDonald’s 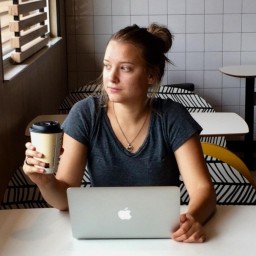